Current development shows that Laws and Regulations set up by the government often driven by existing indigenous customary laws. While State Constitution guarantees the protection of the rights of its people, the implementation of such rights should also accommodate existing indigenous laws living among its people.

This issue addresses contemporary indigenous and constitutional issues both from national and transnational perspectives. It comprises of six papers and one contemporary comments from one of our honorable board of editor, Prof. Christoph Enders of Law Faculty of Leipzig University, on the freedom of religion as basic rights according to the Germany and Indonesian Constitution. It followed by a paper analyzing dispute authority between local government and indigenous Galang Island people. Further paper compares indigenous land management between Indonesia and Australia. It follows by a paper analyzing constitutional protection towards religion in Indonesia. Papers ranging from transnational organized crimes to sustainable government and good governance as well as a paper on Rohingnya Issues in Myanmar are also addressed within this issue. The authors of this issue come from various part of the world, which include Germany, Indonesia, Australia, India and Aljazair.

We are most grateful to our international board of editors as well as our reviewers and the Law Faculty of Brawijaya University in making it possible for this issue to be published. 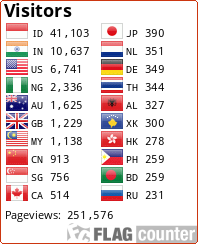